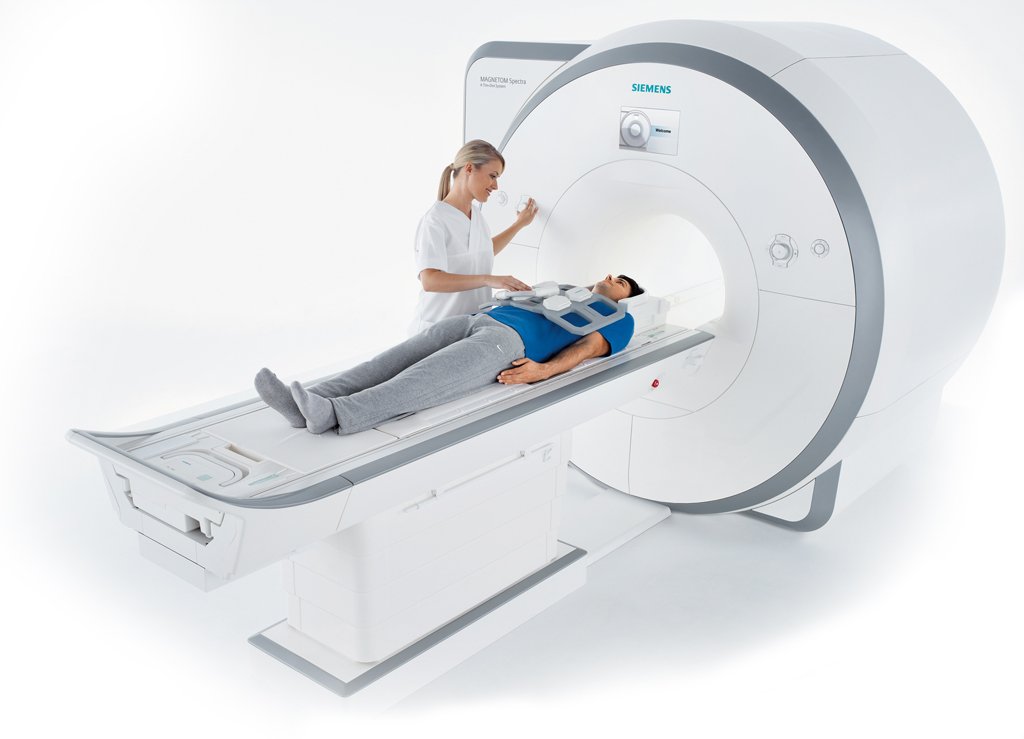 CT scanning adds X-ray images with the aid of a computer to generate cross-sectional views of a patient’s anatomy.
CT scanning can identify normal and abnormal structures and be used to guide procedures.
CT scanning is painless and often performed in the outpatient setting.
Iodine-containing contrast material is sometimes used in CT scanning. Patients with a history of allergy to iodine or contrast materials should notify their doctor and radiology staff.

What is a CT scan?

Computerized (or computed) tomography, and often formerly referred to as computerized axial tomography (CAT) scan, is an X-ray procedure that combines many X-ray images with the aid of a computer to generate cross-sectional views and, if needed, three-dimensional images of the internal organs and structures of the body. Computerized tomography is more commonly known by its abbreviated names, CT scan or CAT scan. A CT scan is used to define normal and abnormal structures in the body and/or assist in procedures by helping to accurately guide the placement of instruments or treatments.

A large doughnut-shaped X-ray machine or scanner takes X-ray images at many different angles around the body. These images are processed by a computer to produce cross-sectional pictures of the body. In each of these pictures, the body is seen as an X-ray “slice” of the body, which is recorded on a film. This recorded image is called a tomogram. “Computerized axial tomography” refers to the recorded tomogram “sections” at different levels of the body.

Imagine the body as a loaf of bread and you are looking at one end of the loaf. As you remove each slice of bread, you can see the entire surface of that slice from the crust to the centre. The body is seen on CT scan slices in a similar fashion from the skin to the central part of the body being examined. When these levels are further “added” together, a three-dimensional picture of an organ or abnormal body structure can be obtained.

Why are CT scans performed?

CT scans are performed to analyze the internal structures of various parts of the body. This includes the head, where traumatic injuries, (such as blood clots or skull fractures), tumours, and infections can be identified. In the spine, the bony structure of the vertebrae can be accurately defined, as can the anatomy of the intervertebral discs and spinal cord. In fact, CT scan methods can be used to accurately measure the density of the bone in evaluating osteoporosis.

Occasionally, contrast material (an X-ray dye) is placed into the spinal fluid to further enhance the scan and the various structural relationships of the spine, the spinal cord, and its nerves. Contrast material is also often administered intravenously or through other routes prior to obtaining a CT scan (see below). CT scans are also used in the chest to identify tumours, cysts, or infections that may be suspected on a chest X-ray. CT scans of the abdomen are extremely helpful in defining body organ anatomy, including visualizing the liver, gallbladder, pancreas, spleen, aorta, kidneys, uterus, and ovaries. CT scans in this area are used to verify the presence or absence of tumours, infection, abnormal anatomy, or changes of the body caused by trauma.

The technique is painless and can provide extremely accurate images of body structures in addition to guiding the radiologist in performing certain procedures, such as biopsies of suspected cancers, removal of internal body fluids for various tests, and the draining of abscesses which are deep in the body. Many of these procedures are minimally invasive and have markedly decreased the need to perform surgery to accomplish the same goal.

Are there risks in obtaining a CT scan?

A CT scan is a very low-risk procedure. The most common problem is an adverse reaction to intravenous contrast material. Intravenous contrast is usually an iodine-based liquid given in the vein, which makes many organs and structures, such as the kidneys and blood vessels, much more visible on the CT scan. There may be resulting itching, a rash, hives, or a feeling of warmth throughout the body. These are usually self-limiting reactions that go away rather quickly. If needed, antihistamines can be given to help relieve the symptoms. A more serious allergic reaction to intravenous contrast is called an anaphylactic reaction. When this occurs, the patient may experience severe hives and/or extreme difficulty in breathing. This reaction is quite rare but potentially life-threatening if not treated. Medications which may include corticosteroids, antihistamines, and epinephrine can reverse this adverse reaction.

Toxicity to the kidneys which can result in kidney failure is an extremely rare complication of the intravenous contrast material used in CT scans. People with diabetes, people who are dehydrated, or patients who already have impaired kidney function are most prone to this reaction. Newer intravenous contrast agents have been developed, such as Isovue, which have nearly eliminated this complication.

The amount of radiation a person receives during a CT scan is minimal. In men and nonpregnant women, it has not been shown to produce any adverse effects. If a woman is pregnant, there may be a potential risk to the fetus, especially in the first trimester of the pregnancy. If a woman is pregnant, she should inform her doctor of her condition and discuss other potential methods of imaging, such as an ultrasound, which are not harmful to the fetus. However, radiation exposure during a CT scan may cause a very small increase in a person’s lifetime risk of developing cancer. This concern is often viewed as more important for children, because the cancer risk per dose of radiation is higher for younger patients than adults, and younger patients have a longer life expectancy. Still, the risks of exposure to radiation must be weighed against the benefits of using CT scanning to diagnose or treat illness. CT scanners can be modified to deliver exposures that are more appropriate for pediatric patients. Most doctors suggest that all radiation exposure to patients should be kept to a minimum; those patients that “doctor shop” or repeatedly go to emergency departments for a “CT” put themselves at risk for radiation-caused problems.

How does a patient prepare for CT scanning, and how is it performed?

In preparation for a CT scan, patients are often asked to avoid food, especially when contrast material is to be used. Contrast material may be injected intravenously, or administered by mouth or by an enema in order to increase the distinction between various organs or areas of the body. Therefore, fluids and food may be restricted for several hours prior to the examination. If the patient has a history of allergy to contrast material (such as iodine), the requesting physician and radiology staff should be notified. All metallic materials and certain clothing around the body are removed because they can interfere with the clarity of the images.

Patients are placed on a movable table, and the table is slipped into the centre of a large doughnut-shaped machine which takes the X-ray images around the body. The actual procedure can take from half an hour to an hour and a half. If specific tests, biopsies, or interventions are performed by the radiologist during CT scanning, additional time and monitoring may be required. It is important during the CT scan procedure that the patient minimizes any body movement by remaining as still and quiet as is possible. This significantly increases the clarity of the X-ray images. The CT scan technologist tells the patient when to breathe or hold his/her breath during scans of the chest and abdomen. If any problems are experienced during the CT scan, the technologist should be informed immediately. The technologist directly watches the patient through an observation window during the procedure, and there is an intercom system in the room for added patient safety.

CT scans have vastly improved the ability of doctors to diagnose many diseases earlier in their course and with much less risk than previous methods. Further refinements in CT scan technology continue to evolve which promise even better picture quality and patient safety. CT scans known as “spiral” or “helical” CT scans can provide more rapid and accurate visualization of internal organs. For example, many trauma centres are using these scans to more rapidly diagnose internal injuries after serious body trauma. High-resolution CT scans (HRCT) are used to accurately assess the lungs for inflammation and scarring. CT angiography is a newer technique that allows noninvasive imaging of the coronary arteries.