When Should a Neck Dissection be Carried Out?

When Should a Neck Dissection be Carried Out?kavinandi20th January 201928th March 2020 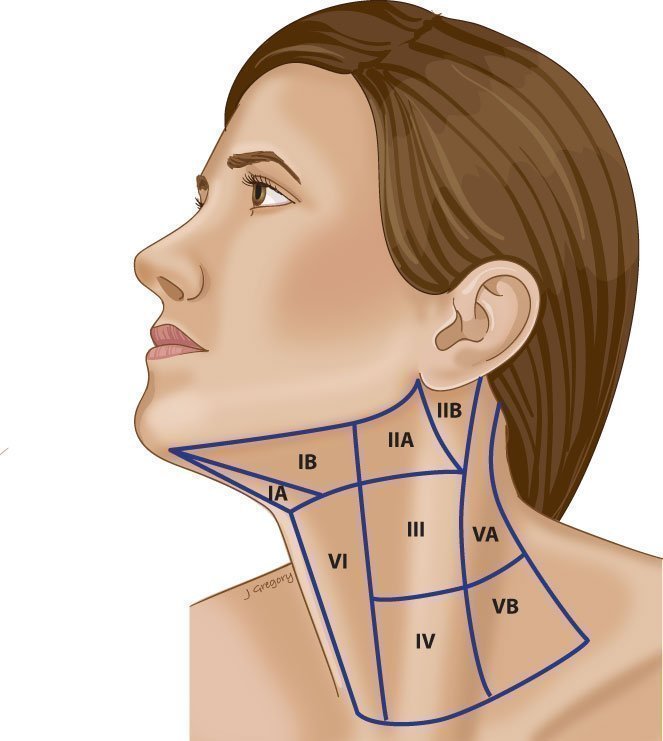 Most studies have reported an increasing risk of occult metastasis in the neck with increasing tumour depth of invasion and consequently, reduced recurrence-free overall survival.

This risk ranges from 20 to 30 percent 1-2.  Assessing the depth of invasion of the tumour is extremely difficult without removing the entire tumour whilst a sample from a biopsy may not be representative of the entire lesion. In some cases, a staged approach where the tumour is removed first is entirely appropriate. A cut-off 3mm depth of invasion is now generally accepted as an indication to carry out an elective neck dissection incorporating ipsilateral neck levels one to three ( including level four for tongue cancer), with dissection of an additional neck level where there is presence of tumour at that level.

This is based on a large, prospective randomised controlled trial3 in which 596 patients were randomly assigned to:

After a median follow-up of 39 months the results were:

In summary, three year overall survival was significantly improved in the elective dissection group (80 vs 67.5 percent) as well as overall survival ( 69.5 vs 45.9 percent) therefore, all stage I oral cavity cancers with a depth of invasion greater than 3mm should have:

Reconstruction for Early Oral Cavity Cancer If you have stage I or II disease early...