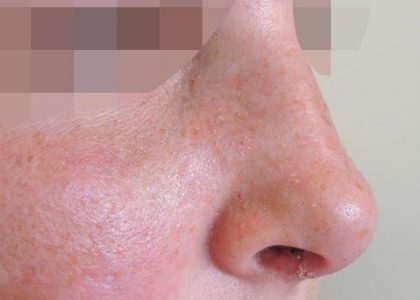 Who may benefit from a rhinoplasty?

The shape of a person’s nose is largely an inherited characteristic. The shape is determined by the bone and cartilage which make up the skeleton of the nose, over which the skin is draped. Some people are unhappy with the size or shape of their nose. Injury can also lead to an unsightly appearance. A rhinoplasty can help in all of these situations. However, rhinoplasty is not an effective treatment for snoring, nasal obstruction or for sleep apnoea.
The nose doesn’t stop growing and changing until age 16 and it is, therefore, inadvisable to consider surgery before this.

Outline of The Surgical Procedure

What are the risks and complications?

There are general risks associated with a general anaesthetic including:
Chest infection – especially in smokers.
Deep Vein Thrombosis (also known as DVTs or clots in the veins of the legs) can also occur which can break off and travel to the lungs (also known as a pulmonary embolus) which can, although very rare, be life-threatening.
Bleeding, particularly heavy nose bleeds, can happen shortly after the operation or even up to 10 days later. This may require hospital treatment. Infection may require antibiotics and if any synthetic material has been used to build up the nose, this might have to be removed.
Specific to rhinoplasty, it is possible that there may be an altered sense of smell after the operation or difficulty breathing through your nose.
Surgery involving the nasal septum can be complicated by haematoma, infection or perforation of the septum. In a few cases, these problems can be permanent.
The sensation in the skin of the nose may also be changed and in particular, the tip may feel numb. Even after surgery, some patients will be dissatisfied with the outcome and a second operation may be required to make adjustments.
The size of your nose and nostrils may limit the amount of adjustment that can be realistically achieved. You should discuss your expectations and the limitations of the operation with Professor Andi before the operation.

When can normal activities be resumed?

You can go back to work after a few days but may experience significant bruising, especially around the eyes and many people prefer to take a couple of weeks off until the bruising has largely settled. Once the splint has been removed, your nose is very vulnerable and contact sport should be avoided for a few months and you should generally try to avoid activities that might lead to your nose being knocked for six weeks.

What happens after the operation?

You will probably need some simple painkillers such as paracetamol to help with any discomfort. There will be a splint over your nose which must be worn for up to two weeks. You will also have packs in your nostrils and you will need these for a few days. This means that you cannot breathe through your nose. You should expect that it may also be difficult to breathe through your nose at first, even after the packs have been removed, due to swelling. It is normal to experience minor bleeding from the nostrils in the first few days. This should simply be dabbed away. You must avoid blowing your nose and you will be advised not to have hot baths as this can increase the risk of a serious nose-bleed.

What is involved in the operation?

To change the shape of the nose, the underlying bone and cartilage need to be adjusted. Small cuts are made on the inside of the nose alone (closed rhinoplasty) or with an incision in the skin under the nose (open rhinoplasty). This allows the surgeon to reach the bone and cartilage under the skin and to reduce or reshape the tissues as required. The bridge of the nose, the nostrils and the tip of the nose can all be adjusted. In some situations, areas of the nose need to be built up. This is known as an augmentation rhinoplasty, using bone, cartilage or synthetic materials. Bone can be taken from another area of the body such as the hip or ribs. Cartilage may be taken from the ear or from another part of the nose. Many cases are performed under a general anaesthetic which means that you are asleep during the procedure. In some situations, a local anaesthetic can be used which means that the patient remains conscious. Some light sedation might also be used in this situation. It may be possible to have the surgery as a day case, avoiding the need for an overnight stay in hospital. For more extensive surgery, some patients may need to stay for one or two nights. If you decide on the surgery you will be required to undergo some simple health checks and photos will be taken to record the shape of your nose before surgery. You will be asked to sign a consent form giving permission for the operation. This requires that you are aware of the risks and complications involved with the procedure

This procedure is suitable if you have a… 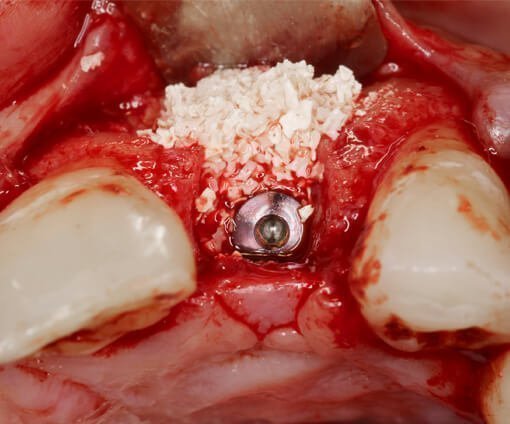 Bone Grafting for Implants – Is It Necessary?

Bone grafting for implants may be divided into: -minor: where the bone is harvested from... 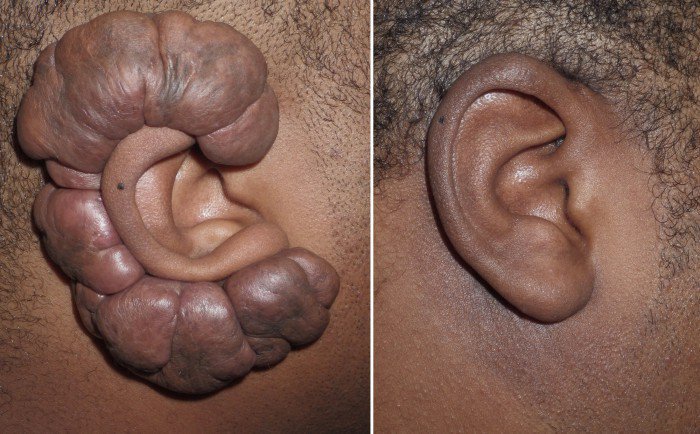